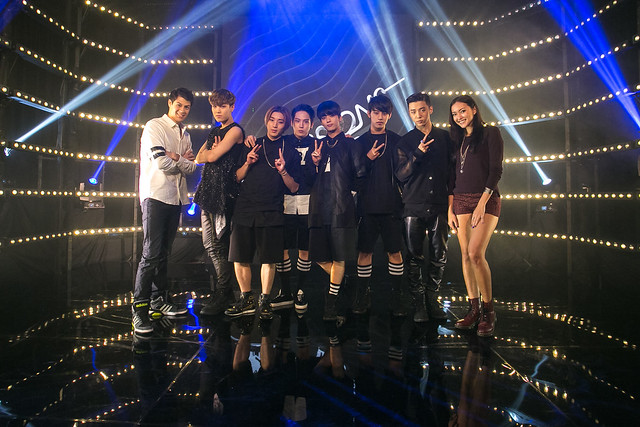 Six-member boy group B.A.P – consisting of leader Yongguk, Daehyun, Jongup, Youngjae, Himchan and Zelo – brought the house down with their performance, at the MTV Sessions. Held at Resorts World Sentosa’s state-of-the-art Waterfront Studio, the group pulled off an exclusive showcase of their songs in an intimate setting, consisting of ‘Excuse Me’, ‘Hurricane’, ‘Where Are You?’, ‘Lovesick’ and ‘1004(Angel)’, which got the crowd rumbling with excitement right off the bat. 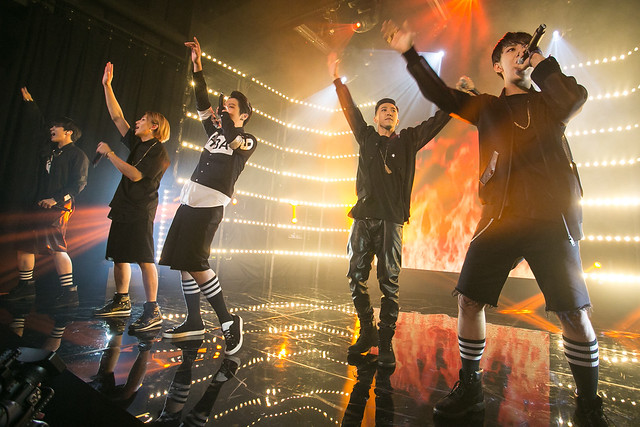 Starting off with ‘Excuse Me’ (and cue our cries of ‘excuse me’ when the crowd shuffled forward), the audience’s excitement was evident the moment the boys stepped on stage. Screams filled the arena, followed by strong fan-chants, which ended up very much like a concert’s mosh pit.

With no time to lose, B.A.P followed up with ‘Hurricane’, a dance-pop song that easily had the crowd jumping to the beat. Lightsticks were waved as the crowd threw their hands in the air, and to throw in some extra fan-service, the boys were seen performing close to the edge of the stage. 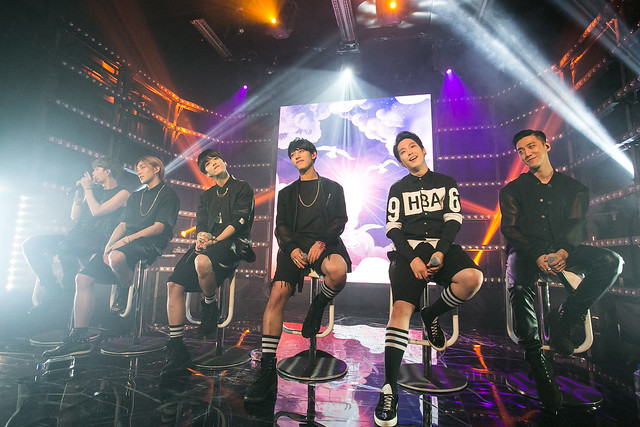 The comment and Q&A session did not last longer than a couple of minutes, but the members’ efforts in communicating a little in English have been much applauded. We also heard some BABYs swooning at Yongguk‘s voice, which brought about much amusement before he thanked the fans for their support.

Being MTV Sessions’ first K-Pop artiste, they shared that they were honored to be invited, and were excited to meet their Singapore fans after some time. The boys also took the chance to answer a couple of questions sent in by the fans, such as ‘Who’s the quietest member?’ (Yongguk), and ‘Who takes the longest time in the shower?’ (Yongguk and Jongup).

Moving on to a soothing and cute track ‘Where Are You?‘, members Jongup and Zelo were caught leading the hand waves, along to the beat. The fan-chants turn to a group chorus, and it was a beautiful sight to see the MATOKI stick and dolls swaying from side to side with the voices. 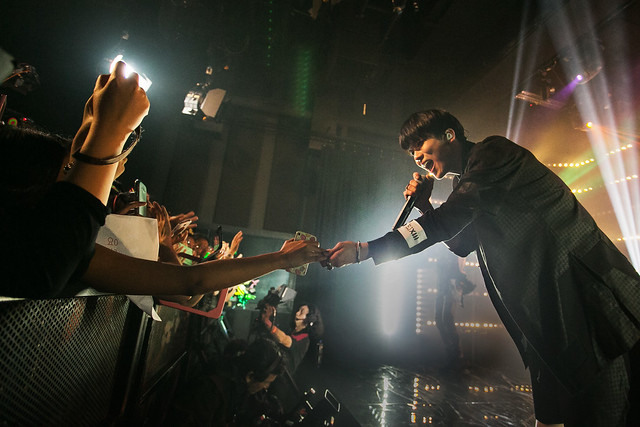 Next up, ‘Lovesick‘ brought the crowd to a new high as the boys ran wild on stage. Vocalist Youngjae was stealing some hearts by heading right up to the edge of the stage, serenading the front-line fans, with Daehyun following suit.

Taking a break with another short comment section, each member took the opportunity to express their thoughts with regards to performing in such an intimate setting. Rapper Zelo states that “It’s a memorable performance”, while Jongup express his hopes to return. Youngjae, Daehyun and Himchan captured the fans’ attentions with their “I love you”, and last but not least, Yongguk thanked the fans and said that they will be back soon.

Of course, having been to our sunny isle a couple of times, when asked what is their favourite aspect of Singapore, chili crab easily took the top spot, and no doubt sparked laughter when they started chanting ‘chili crab’. Member Himchan even showcased his knowledge of local delicacies as well, stating his love for Laksa. 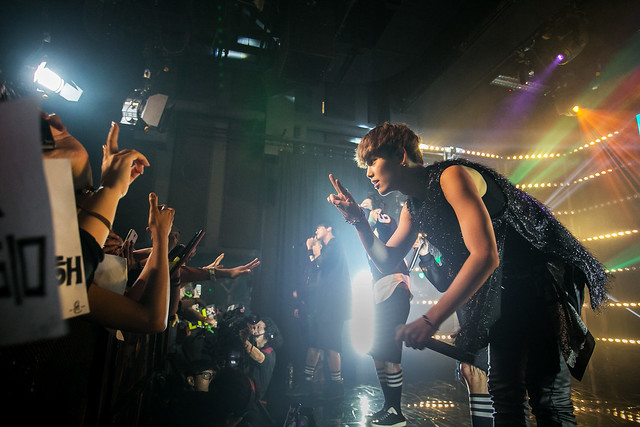 And as all good things must come to an end, Himchan represented the group and thanked the fans yet again, calling them his ‘Angel’. Without further ado, the finale track was no other than ‘1004(Angel)‘, the track that brought their first music program win. The crowd went wild as the boys gave their all, drawing the short session to a close.

No doubt, MTV Sessions provides a memorable experience with the close proximity with your favourite stars, much like a gig than the usual concert or fan meeting. Granted, a little less shoving and more consideration would make the experience a much better one – repeated requests to stop pushing by the MCs as well as a couple BABYs removing themselves from the front rows showed how out-of-hand the situation was at one point. 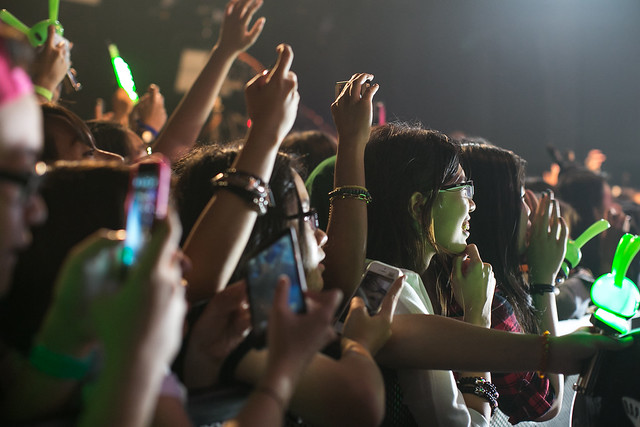 Nonetheless, we were thoroughly surprised and in awe of the fans’ never ending support and loud fan-chants for B.A.P, especially during the fan-recordings when the  boys had already exited the stage. MCs Alan and Hanli were both amazing in getting the crowd going, and it was definitely a great put-your-hands-up party atmosphere.

We certainly hope to see B.A.P back in Singapore soon! Meanwhile, remember to catch the performance on MTV Asia on Thursday, 25 September at 7pm (WIB), 8pm (SG) and 9pm (MAL) with additional content available at www.mtvasia.com/mtvsessions.

Repeat airings of the show are at the following times:

Many thanks to MTV Asia for extending the invitation. MTV Sessions: B.A.P is ignited by Xpax, and in partnership with Resorts World Sentosa Singapore.

One thought on “(x)clusive!: B.A.P sets the MTV Sessions’ roof on fire”